skip to main | skip to sidebar

We're getting an extreme makeover: LEO's parent company Southcomm has designed us a new website, and to celebrate the change we're changing the name of the music blog. It'll be called "Bluegrass Catastrophe," a name that endorses both the state/area we love, and the glut of CDs, mp3s and other goodies bands bombard the music desk with.

IOWA CITY, Iowa -- Singer and guitarist Jim James of the Kentucky-based Southern-rock group My Morning Jacket has been released from the hospital after being injured in a fall during a concert at the University of Iowa.

A Cedar Rapids newspaper reported James slipped and fell about 30 minutes into the show Tuesday night. The Gazette says he apparently hit his head in the fall, which happened between songs.

The rest of the concert was canceled.

James was taken to University Hosptials. Hospital spokesman Tom Moore said Wednesday that James, who's real name is James Olliges Jr., was treated and released.
Posted by The LEO Music Blog at 10/08/2008 No comments:

On a sunny Saturday in October, the hill at the center of the National Mall has the usual crowd: dog walkers, people throwing footballs, a pick-up softball game. Other than the line of tourists at the Washington Monument, it’s not too unlike Cherokee Park … once you accept that some of the nonchalant bike-riders are actually Secret Service.
If the agents are looking out for the unusual, they should certainly notice the ampitheater where the melody to “Play that Funky Music” is tapped out on a wave of marimbas. As they promised when they opened up for My Morning Jacket at the riverfront in August, The Louisville Leopard Percussionists succeeded in getting to Washington and to the Duke Ellington Jazz Festival.
Charlie Fishman, executive director of the Ellington festival (this year featuring acts such as Taj Mahal and McCoy Tyner) introduced the group and applauded the fundraising that got the Leopards to DC. A number of Leopard parents—some of whom drove here convoy-style for 13 hours behind the group’s two buses—joined in sighs of relief that the funding eventually came together. Elizabeth McDaniel, just before watching her son take a solo, said that an assist from Metro Council made sure the kids got on the buses.
The 200 jazz devotees and Leopards supporters who’d heard the first song were joined by dozens with each succeeding number. For third song “La Bamba”, the senior members of the 7- to 12-year-old percussionists turned their instruments over to beginners. Even 8-year-olds aren’t shy about taking a turn at soloing—as long as it amounts to thwacking with big sticks in both hands. The tiniest performers stand on milk crates, as a sweetly thin voice carries over to the nearby World War II Memorial with the announcement “Next will be ‘Wipeout’ featuring Brenna on the drumset.”
The Leopards close their 45-minute set with “Oye Como Va” (to honor Carlos Santana, whose Milagro Foundation has helped them along). Walking offstage, Leopard Kaylyn Tyree still can’t shake that she was playing in the shadow of the Washington Monument. Director Diane Downs has understated approval for the performance, and downplays her role in some regards—deferring to the four-dozen Louisville kids who held their own at a big music festival on a grand stage at the nation’s capital.
Posted by The LEO Music Blog at 10/07/2008 No comments: 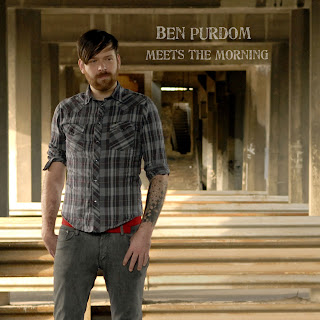 Ben Purdom is celebrating the release of his debut album, Meets The Morning, due out Oct. 12. He performs weekly at The Monkey Wrench on Barret Avenue. More info on him and his shows is here.
Posted by The LEO Music Blog at 10/02/2008 No comments:

LEO: What do you look for in bangs? Hairspray does hurt the environment, you know.

RB: So does driving around in a huge van shooting a jet of white-hot classic American pollution juice behind us. Maybe we should try to convert our van to run on hairspray combustion instead. This Earf only respects you if you give it a run for its money; I say it's time the old gal started fighting back. I'll whoop a damn tree's ass.

LEO: How many lewd and lascivious acts are committed in the great Smoky Mountains each year?

"Ham" is the thigh and rump of pork, cut from the haunch of a pig or boar. Although it may be cooked and served fresh, most ham is cured in some fashion. Cuts referred to as Ham in the US are called Gammon in the UK and Ireland.

Ham can be dry-cured or wet-cured. A dry-cured ham has been rubbed in a mixture containing salt and a variety of other ingredients (most usually some proportion of sodium nitrate and sodium nitrite). This is followed by a period of drying and aging. Dry-cured hams may require a period of re-hydration prior to consumption. A wet-cured ham has been cured with a brine, either by immersion or injection. The division between wet and dry cure is not always hard-and-fast as some ham curing methods begin wet but are followed by dry aging.

Dry-cured varieties include Italian prosciutto crudo [pro.ʃ'ʃut:to 'kru:do] (prosciutto di Parma, prosciutto di San Daniele, prosciutto di Carpegna, prosciutto di Modena, prosciutto Toscano, prosciutto Veneto Berico-Euganeo, Valle d’Aosta Jambon de Bosses, prosciutto di Norcia) and the Spanish Jamon serrano and jamón ibérico. The United States has country ham (including Virginia ham), which might or might not be smoked. England has the York ham. Germany's Westphalian ham is usually smoked over juniper, in Belgium there is the smoked Ardennes ham, and from China there is the unsmoked Jinhua ham. In Bulgaria the specific Elenski but is produced. In Iran, the dry-cured Zard Kūh ham is produced.[citation needed]"

I don't know. How would YOU answer that question?

LEO: There's a mechanical bull at Coyote's. Have you ever ridden one?
RB: I cannot in good conscience support the exploitation of innocent robots. This is a real problem in America, one that our current leadership fails to address time and time again. I dream of a not too distant future, one in which every robot has the freedom to find its own way in the world. The next time you force some innocent robot to pull down a bag of Cheetos from the top shelf, soak and rinse your car, or fling your frat brothers from side to side in time to an Alan Jackson song in a crowded bar, think of the millions of baby robots whose dismal future you bring a little closer.

LEO: The end of "New Scissors" sounds like you murdered a Casio. Where did you bury it?
RB: I do not condone the murder of electronics any more than I support the enslavement of robots. I worked in gentle partnership with a computer to coax a pleasant mix of noises from its guts. I then allowed it to run around in the yard for an hour before asking it to check my Google Alerts for "Michael McDonald nip slip."

LEO: What are the possible implications of epileptics viewing www.royalbangs.com?
RB: In the words of our primary musical influence, Rocky IV's Ivan Drago, "if he is true champion, he will live; if he dies, he dies," or something. They should use our website as a training exercise, to become stronger.
Posted by The LEO Music Blog at 10/02/2008 No comments:

The LEO Music Blog
Louisville, KY, United States
Mat watches too much Showtime, writes for the Louisville Eccentric Observer, but has no eccentricities. Mat hasn't found Jesus, but he's got an APB out on him. Mat has an affinity for gin and tonics in the summer, Woodford Reserve in the winter, and talking about himself in the third person. E-mail Mat here:

LEO’s Music Cast debuted on March 19, 2008, with Valley Station native Greg Maddux. Check back each Wednesday for a fresh interview with artists you might or might not see at Kroger. Hear the podcast at leomusiccast.podbean.com, or at myspace.com/leoweekly.